Growing up, words like substance abuse and addiction were never even a part of my vocabulary. I lived in a small community, and during the 1980s, the only activity we participated in that involved substances was having the occasional keg party!

It wasn’t until I was 37 years old that I was introduced to pain medication after undergoing a complicated and excruciating operation on my left foot. Unfortunately, approximately six weeks after my surgery that I began to understand the wonderful, and of course later, devastating effects of Vicodin.

During this time, I could not walk and was only allowed to use my crutches if I needed to use the restroom. I had four two-inch pins sticking out of my foot, so I needed to make sure I never hit the pins on anything. I also had two young sons to take care of, a house that was not getting the attention in cleaning and laundry that needed to be done. Being a perfectionist, those issues really began bothering me.

The Siren Call of Vicodin

Then one evening, I took my medications, fell asleep, and for whatever reason, I woke up 20 minutes later. When I woke up, I felt this incredible energy I had never experienced in my life! Using my vacuum as a crutch, I cleaned the house, did laundry, and organized my house for the next seven hours straight. WOW! What was that? It wasn’t too long before it started happening almost every night, and I made the connection. It was the Vicodin, and I was in love with it! I continued being incredibly productive for hours and hours a day and never imagined anything could ever go wrong.

Vicodin also affected my life in other “positive” ways. I was an introvert and had suffered from depression for years. When I took my medication, I was much more sociable, and my depression seemed to disappear. I had found the answer to all of my problems, or so I thought.

Facing My Addiction and Falling Further

When I started taking Vicodin, I was only taking two pills a day. After four years, I was up to five to six pills a day and recognized I had a problem. My children had introduced me to rapper Eminem's music, and one day I heard his song “I’m Not Afraid.” I remember sitting on my back porch for hours and hours that day, listening to that song over and over and over. I made the decision that day to seek help. That was my first introduction to drug rehabilitation.

I traveled to Florida and entered rehab for 30 days. It was hard at first, but by three weeks in, I had my addiction licked! My mindset had changed, and I had no cravings…things were going to be fine! Then I returned home. I quickly realized that all of the issues that had made me continue to consume Vicodin were still there.

Two weeks later, I relapsed. It took another three years before I traveled to California for my second rehab. By that time, I took so much Vicodin that upon arriving at the rehabilitation center, they couldn’t even register my blood pressure. Unfortunately, the “rehab” that I had paid $42,000 for was nothing more than a spa with no groups, no rehabilitation activities, nothing. When I left, I had already called my doctor and had picked up my prescription before even boarding the plane.

That’s when my life began to unravel quickly. Eventually, I lost my job as a Financial Advisor, my home, my car, all of my furniture, and my youngest son had to go live with my older son because I could not afford to take care of him.

By this time, I had added Adderall to my daily medications and would go two or three nights without sleeping and then crash for 24 hours. I had literally given up. I knew for sure I would be dead by Christmas that year. And, to be honest, it was a relief knowing that. I had hurt my family so much throughout my addiction that I couldn’t handle the emotional pain and guilt anymore.

The End of One Life and Start of Another

Then, one day I did something incredibly stupid. I shoplifted and was caught. I had never had any interaction with the police, let alone being arrested and sent to jail. It was the worst moment of my life. It also saved my life. I was in jail for three months, and when I came out, I was clean! I destroyed my life due to committing and being found guilty of a felony, but I was no longer an addict.

It has taken years and years to build my life again, and it is still an ongoing process. Due to my extreme addiction, I suffer from extreme anxiety and agoraphobia. Even though dealing with those psychological issues is hard, it is so much better than dealing with my previous addictions.

After I was back on my feet, I began attending college to study Psychology and Addiction. I have written many papers on addiction and informational papers on many of the drugs that are impacting our communities. My only goal in life is to help other addicts. The destruction and pain and humiliation addiction causes can hardly be put into words, and if I could save one person from having to go through what I did, my life and everything I went through would be worth it.

About the author - LeAnne Brown:

LeAnne is a contributor for SoberRecovery and a proud proponent of the sober movement. She has completed undergraduate studies in psychology, psychoanalysis and psychotherapy, and substance abuse at the University of Phoenix, Keiser University - Ft. Lauderdale, and Capella University. She has written many papers on addiction and informational papers on many of the drugs that are impacting our communities. Her main goal in life is to help other addicts.

'Bling' Kitty has been clean for 5 years. His drug of choice was CAT NIP. Bling is an unlicensed therapist, Scooby-Doo fan & fashion icon.
236 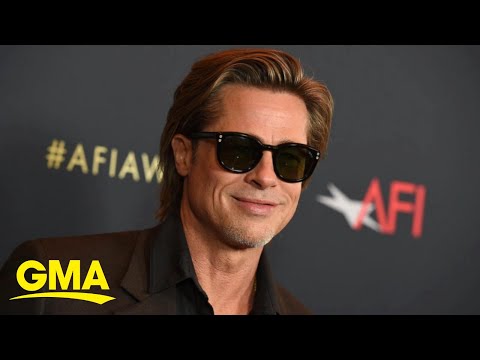 (GMA Video) - Oscar winner, Brad Pitt (58), got candid about his battle, and ultimate victory over alcohol, and about quitting smoking in...
138

:: A Closer Look At 12 Step Literature :: "While using, we lived in another world. We experienced only periodic jolts of reality or...
96

Mail
Video
Note
BACK TO TOP
bottom of page